Interim Homes- A Day in the LIfe | Avalon at Grosvenor Station

A Day in the Life | Avalon at Grosvenor Station 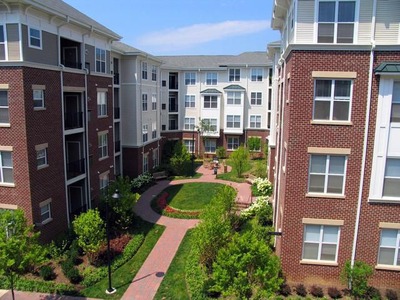 Avalon at Grosvenor Station is a Luxury Apartment Community in North Bethesda offering the best in furnished corporate apartments just outside Washington DC. The property features a state of the art fitness center, landscaped courtyards with barbecue areas, exercise trails, and outdoor pool with a sundeck. But, more importantly, with Avalon at Grosvenor Station it’s all about Location, Location, Location. Situated just off the beltway where 495 meets 270, the ease-of-access in and around the property makes it unique. Within minutes you’re on a major interstate Highway, hopping on the Metro, or sneaking off into the seclusion of Rock Creek Park across the street.

Meet George. George helped launch a new department in a consulting firm he has been with for 12 years now. Although the new job comes with new responsibility (and income!), he’s also required to spend the next 6 months in a new town, Washington D.C. Without knowing anything about the area and with no place to live, he reached out to the experts at Interim Homes to provide a recommendation based on his situation and provide him with Furnished Housing for the next 6 months.

So, George’s new gig starts January 1st. He has known about it for a while, but procrastination got the best of him. He frantically called Interim Homes to see what was available… and if by any chance they could do him a favor and get him moved-in within such a short period of time.

He quickly found out that Interim Homes had several choices available and he was surprised when Interim Homes wanted to learn a little more about him to make a proper recommendation. George proceeds to tell them he still lives in Upstate New York with his wife and two kids (a 4 year old girl and 8 month old son). Since, he’ll be travelling back home every few weeks it would be nice to have easy access to a major highway to avoid the notorious DC traffic. Check.

His commute would be about 15 minutes during off hours, but he knows he’ll need to hit the Daily Grind with everyone else at peak hours, so having a Metro nearby would be nice. Check.

George was scheduled to run in the New York Marathon this year, but it was postponed due to the Disaster of Superstorm Sandy. Unfortunately, he was not able to run this year, but signed up for a Chicago Marathon in the Spring of 2013. So, exercise and open areas would be a nice perk to make sure he stays in shape through the cold DC winters. Check.

Finally, George knows that his family would also be spending a couple weeks on and off with him over the over the next 6 months. So, he asked to price out a 1, 2, and 3 bedroom apartment just in case. Check.

Interim Homes knew right away that Avalon at Grosvenor Station would be a perfect fit! It’s located just off 495 and 270 for easy access to sneak out of town. The Grosvenor Red Line Metro Station is just a few blocks away. Rock Creek Park offers several miles of running trails and their indoor fitness center has plenty of treadmills and equipment for those colder days! And Interim Homes happily priced out all 3 options for the 1, 2, and 3 bedroom apartment.

But, George’s biggest concern was the timing. Can Interim Homes make all of this happen in just 3 weeks, including over the holiday season? He was happily surprised to learn that they could move him in within a day or two if needed. Although tempting, George figured it would be best to spend Christmas and New Years at Home with his family. So, January 1st it is.

Welcome aboard, George! We know you are going to enjoy your stay.